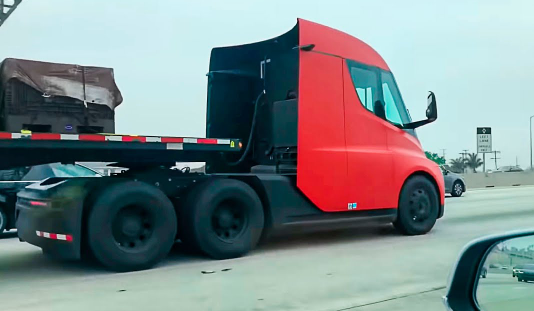 During The Joe Rogan podcast, Elon Musk spoke about a 500kwh pack for the Tesla Semi Truck, one that is much smaller than previously detailed.

Elon Musk also said the majority of the trucking in the U.S is short-range, so 300 Mile limit would be good for a semi. Elon Musk said for a semi you’d want a 500kwh.

Elon Musk also said the computer prevents a semi-truck and trailer from jackknifing, as each drive axle would have its own individual motor. Elon Musk said jackknifing is the worst nightmare for a truck driver.

Is this information enough to keep the stock price soaring to the moon?

The Tesla stock has been a gruelling battle between the short-sellers and bulls, Speaking of shorting Tesla, Elon Musk also revealed that he heard that Bill Gates had a short position on Tesla (TSLA), and that Bill might have lost a lot of money on it.

This week Tesla management did not provide any concrete guidance for the future which has led to investor concerns about performance trajectory.

The $100k figure would be for the “short range”, 600 mile truck. The long range Tesla semi will, of course cost more, but I think with lower costs it will still beat diesel in ROI.