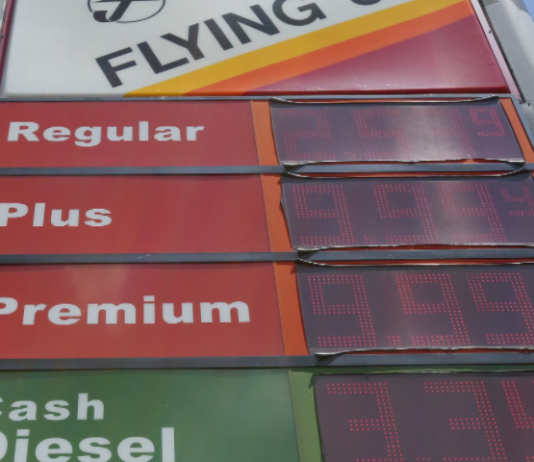 Prices at the pump have soared about 30% nationally this year.

As fright companies pass along the diesel increase to the shippers and wholesalers , those increases will eventually start to trickle down to the consumer.

The higher diesel prices are expected to add another layer of expense to the ever-growing increase for the already rising produce prices.

With inflation in high gear, The cost to operate a Commercial vehicle is quickly rising, especially with the cost of Diesel expected to go up even further this year. That means consumers will see an even bigger increase in everyday items.

Personal Income & Spending is getting hammered because of runaway inflation

The U.S Consumer is already grappling with ever-increasing prices at big box stores, Mostly because of inflationary pressure from the Governments’ freewheeling momentary of printing.

But, many corporations aren’t convinced that was the only reason. U.S Corporations claim the problem has become worse because of Trumps’ anti-China tariffs. Making everyday items more expensive.

Most Major U.S. Manufacturers are convinced that former President Trump’s Tariffs are the major factor in current price hikes to consummers. The Trump administration implemented heavy tariffs on products including lumber, steel, and semiconductors to shield American companies from foreign competition.

One of America’s top retailers, Costco said in a report, it had seen a range of products, including shipping containers, aluminum foil, and a 20% spike in meat prices over the past month.

The increase in prices for everyday goods could continue to rise through the summer as higher diesel fuel prices will eventually get passed along to the consumers.

admin - May 31, 2021 0
The U.S News organizations are trying their best to spin out-of-control inflation, the current inflation is causing meat prices to spike across the U.S.,...

admin - May 22, 2021 0
According to Texas Republican Senator John Cornyn, it sounds like a great idea. He's been pitching a new tax to pay for repairs to...

admin - May 12, 2021 0
It's as if we didn't learn anything from the toilet paper debacle, and how if people just purchased what they needed we wouldn't be...