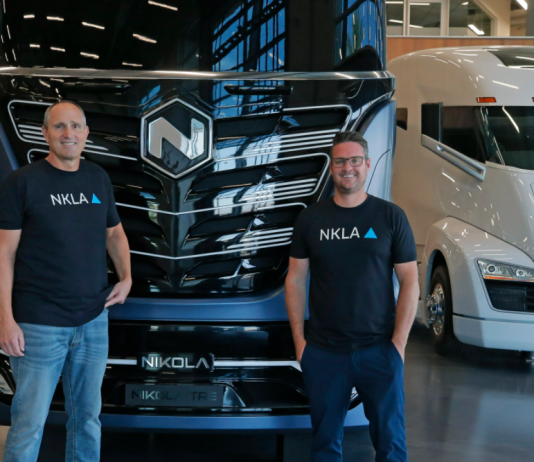 NIKOLA CORPORATION Stock was up today after news the Electric truck company signed a deal for 100 semi-trucks with a major port trucking and logistics firm.

According to TTSI own website, Total Transportation Services (TTSI) is a major presence in deep-water harbors and has uniquely positioned to serve all customers, including some of the largest importers and exporters to the United States.

This is welcomed news for the electric company that in the passed has struggled to removes fears from from potential investors after Hindenburg, a short-selling firm that said it was aiming to profit by betting Nikola’s share price would go down, called Nikola “an intricate fraud.”

Going on the Record

The Electric trucks are here, and they have cost savings for fleets, adapt or die. Companies are moving slow, but eventually, electric trucks will be the standard on most U.S highways, as the cost savings vs. diesel trucks is staggering. Yet, the infrastructure to make that happen has to be in place first.

A look at The Lion Electric Class 8 Semi Truck – Lion8

admin - May 12, 2021 0
Today we look at Lion8 from Lion Electric, we list company-listed specs for the truck as well. The company "Lion Electric Company", A...

admin - May 9, 2021 0
Table of contentseCascadia® SpecsPictures eCascadia® Specs According to reports, the Cascadia Day Cab is configured primarily for local trucking applications. The 2021 eCascadia has a...

Volvo gets first big order for its VNR Electric truck

admin - April 26, 2021 0
Volvo's is starting to get orders for it's electric semi trucks, that's according to PR news wire and news sources. according to those...

The All-electric Detroit ePowertrain for Freightliner

admin - February 12, 2021 0
Freightliner will have an All electric Semi truck powered by Detroit ePowertrain In a motor vehicle, the powertrain consists of the source of propulsion and...